I'm going to admit it ... I'm a little obsessed with rooms like this right now: 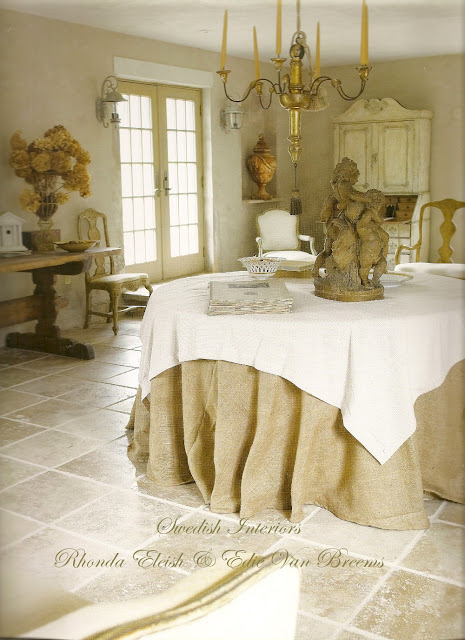 I've been in a love-hate relationship with our house for so long, something I know is true for so many of you out there, and it makes it even worse when you and your significant other don't quite see eye to eye where style is concerned. But after some gentle suggesting, hinting, and proven success - I think I've gotten Scott to put one whole foot on the Swedish Country wagon, and I'll take it!

You see, I've always been attracted to primitives. Even when I was a child, I was much more interested in the solid pine painted armoires and cabinets of my grandmother's than the fine early Victorian furniture of her living room. There was something so playful, and fun - yet, worn and purposeful about those few primitives she had in her home that I instantly felt connection to. So when I did my soul searching to find just what I should do when it came to renovations at CDLV, I knew the primitives had to stay. 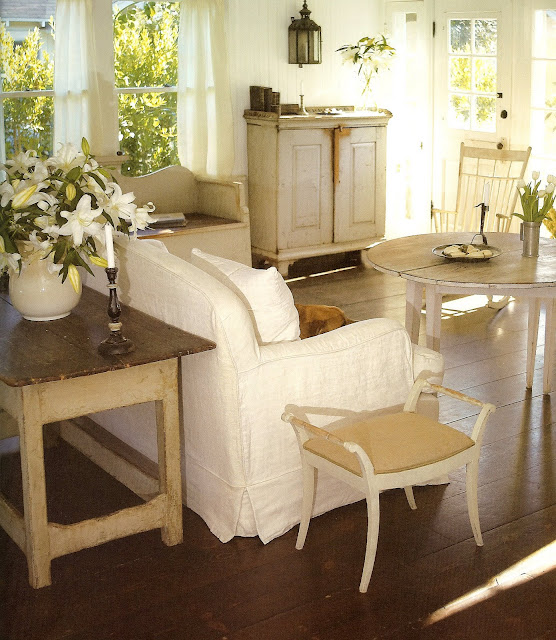 After living with a sofa for 10+ years, Scott (although reluctant) gave up the green monster, and realized that having something smaller, and brighter would be better for our relatively small rooms. After lots of thought, somewhat of a shipping disaster, and a cushion test on about 30 different sofas, we ended up with a great solution. I did go slipcovered, and though I know plenty of you out there have your doubts about slips, I have to tell you - I'm a fan. I've already had a reason to wash it (won't go into details) and just having that ability alone made it worth all the trouble and expense. 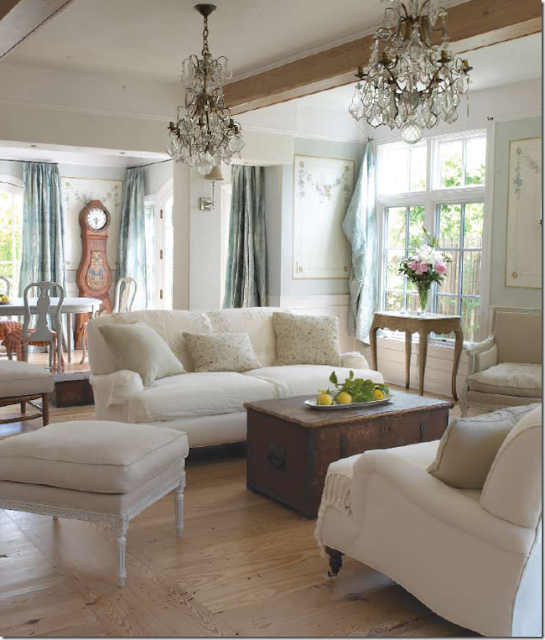 I've also always loved blue. I wear almost exclusively blue, and I feel like my fair complexion and strawberry blonde hair look great in it. I never introduced it in the house because of all of the green. (Scott's favorite color.) But now blue, so prevalent in Swedish interiors has been woven into the overall composition of CDLV, and it's like walking into a dream come true every day! 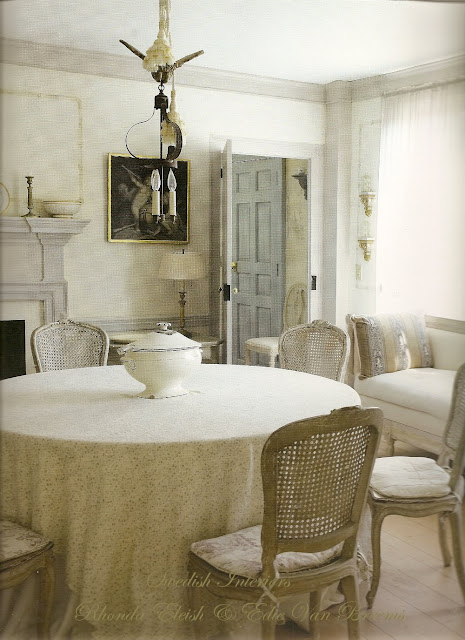 For the last 3-years, I've been disgusted with the inefficiency of our antique breakfast table which we used in our dining room. Because of the woodwork (which I later found out can be removed) at the bottom of the table, you couldn't pull two chairs into the table when dining. So, inevitably, all guests dined with arms too close, or legs straddling table legs, and I longed for the day that could change. And it has. I lucked into a fabulous pedestal base Early American Empire table that closes up to a fit 45" round during the day, but can extend to 10' x 45" oblong in a Thanksgiving pinch! 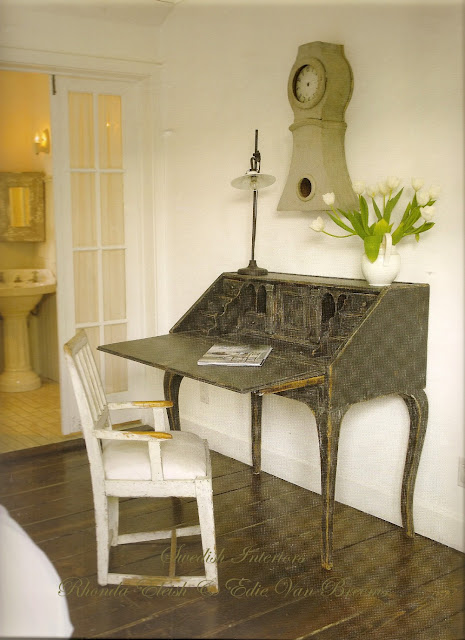 I love my antique secretary, though it's a little more English than what you'd typically find in Swedish interiors. I also love that it's in our foyer. But I've struggled through the years finding the perfect piece of art to set atop or hang above it. 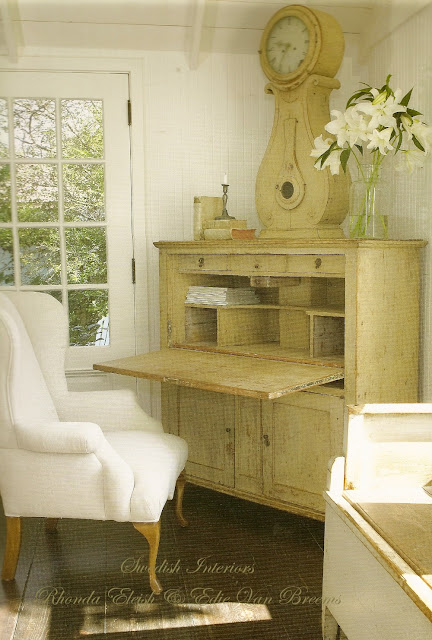 I thought about Swedish Mora Clocks, and made the decision that I had to have one! And after I show you mine, you'll decide you have to have one too! (Spoiler alert: I've been creating!!!) But I think that all of my prayers were answered when Joni posted about her newly wallpaper bedroom and included this picture yesterday: 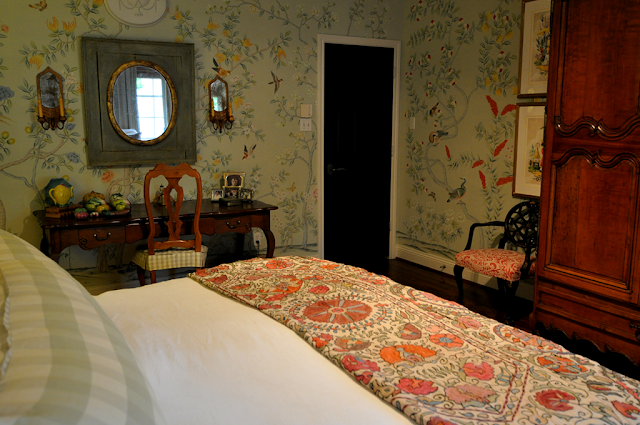 See that stunning mirror above her writing desk? I had to have one! Primitive but lovely, it is the perfect solution to the hallway of CDLV. So, some teasers on things that have come to pass around the house. So many of you have left messages and sent emails about why it hasn't yet gone up on the blog ... and I promise, it's coming.

I haven't finished, and it's been a huge project. Because my rooms are enfilade, it's hard to get good shots of one without taking pictures of the mess in another. So give me a few more weeks, and I promise you won't be disappointed.
Posted by niartist at 10:27 AM