As many of you know by now, I moved in September. This is the second move in 2015, a move instigated by this guy: 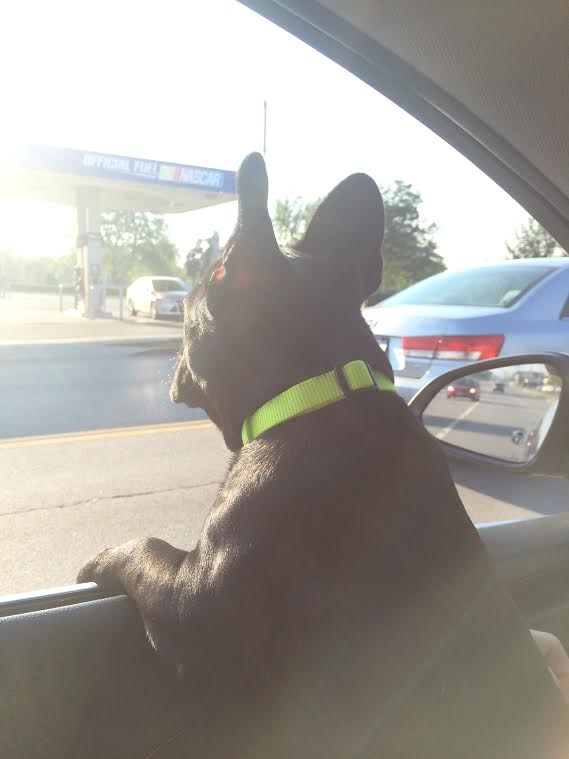 Arlo - French Bulldog and General Awesome Sidekick!
There were a few things that I needed in a new place, and finding it in my budget, with a dog, wasn't easy. In fact, it wasn't even nearly possible. Thankfully, I work for a great property management company with a diverse portfolio, including apartments that are dog-friendly, in a rather elite suburb of Buffalo.
It was, however, not without its fair share of challenges. Here's what the living room in the model apartment looks like: 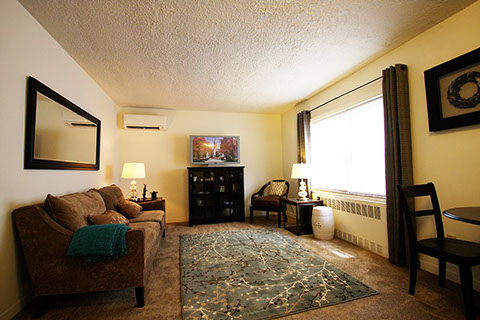 Carpeted from wall to wall, void of any molding or architectural interest, and an eye-sore of an air-conditioning unit: it's not a dump - but it's not the ritz, either. I knew that I could make some improvements, thanks to my position with the company. They'd be out of my own pocket, but the positives far outweighed the initial ding to my pocket.
When I took my unit, it looked like this: 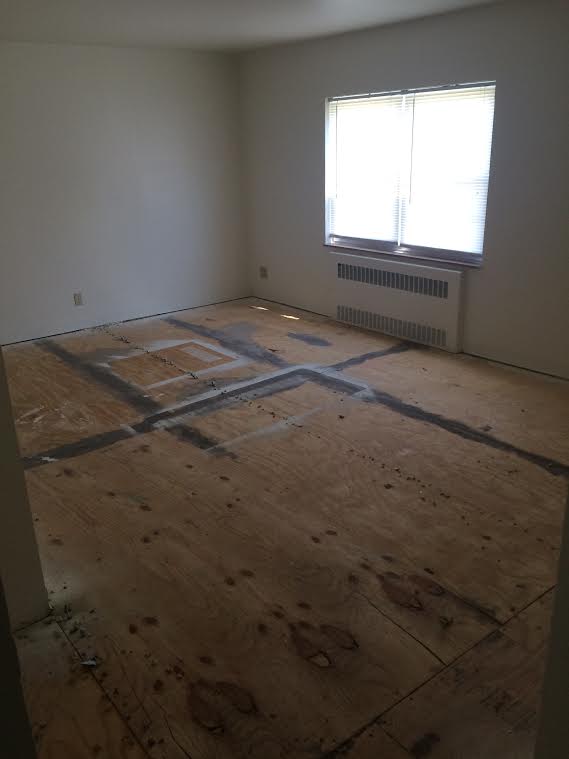 Pretty, right? I got permission to put down a different floor in the living room of the apartment than the carpet that they typically install prior to a tenant moving in. Thankfully! I still have carpet in the hallway and in the bedrooms, but for just a little over $350, the living room eventually looked like this: 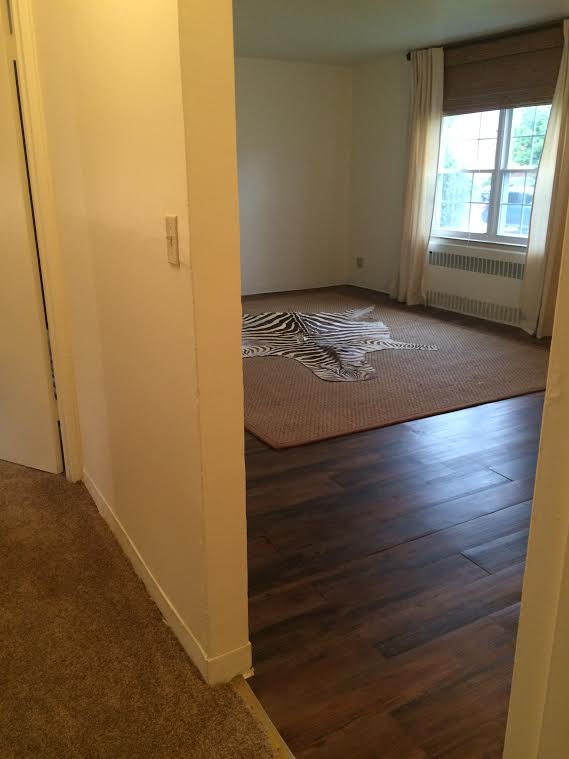 ﻿
Not too shabby, right? Once the furniture went into place, it became a little more obvious that in order to get a look that I wanted, I was going to have to spend some more money and create some architectural interest in the space. I started with a giant piece of art, which I did myself, a Cy Twombly inspired piece that I think I could have sold 15 times already: 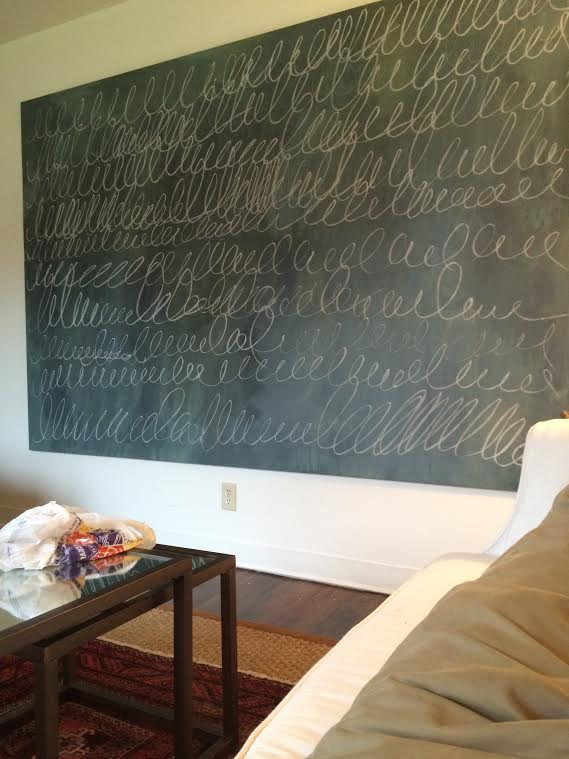 At just over 6' tall and 8' long, it's a large statement in the room. Of course, I took the squat little window on the other side and visually raised the height of it by adding my bamboo roman shades and custom curtains. It wasn't quite enough though. So, inspired by mirrored walls I created a little mirror alcove of my own: 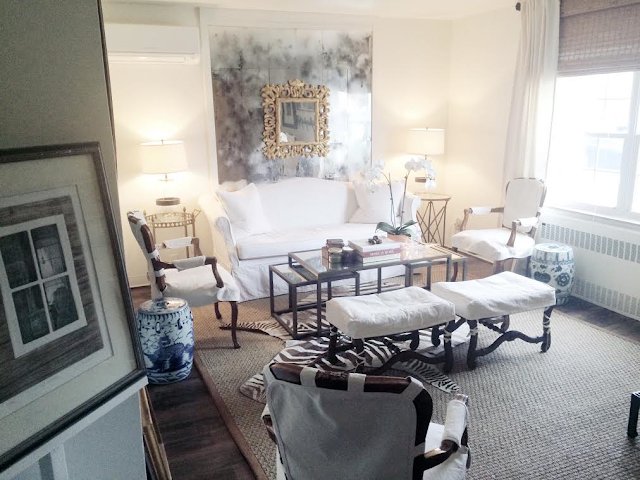 Using mirrors from the dollar store, (yes, they were $1/ea!) and doing a fun treatment on them to have them look like antique mirrors really added a beautiful and architecturally interesting piece to the room, for about $50 for the molding, mirrors, and glue.
So, this is really where the living room is today. This morning in fact. So why is this post called To Tuft or Not To Tuft? See those mouton leg French ottomans? They're moving on. The room is large enough to have a pretty significant piece of furniture there, and the opportunity to have the layout I want is worth the switch up. You see, the living room is 20' long! And there's plenty of opportunity for two seating groups. The sofa and two Bergere chairs create one group, and this large ottoman I'm creating for the center of the room creates another along with two additional Bergere chairs, serving as a backless sofa to both spaces.
So, the question is not whether or not to fill the space with a very large ottoman that will be multifunctional. That's happening. The question is whether or not tufting is the ticket, and I think it is. Take a look at a few inspiration pics, and let me know what you think! 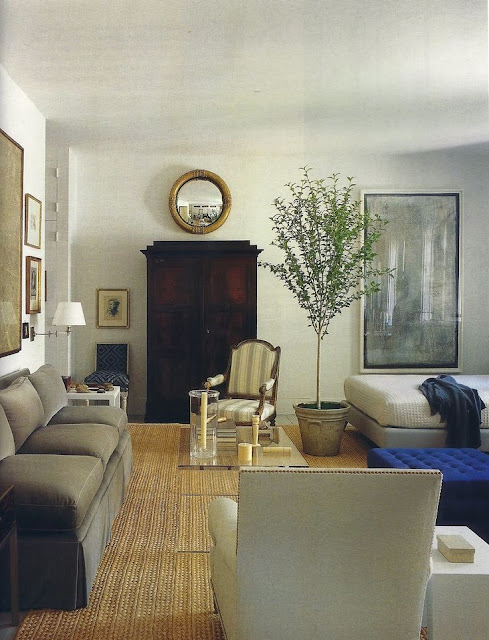 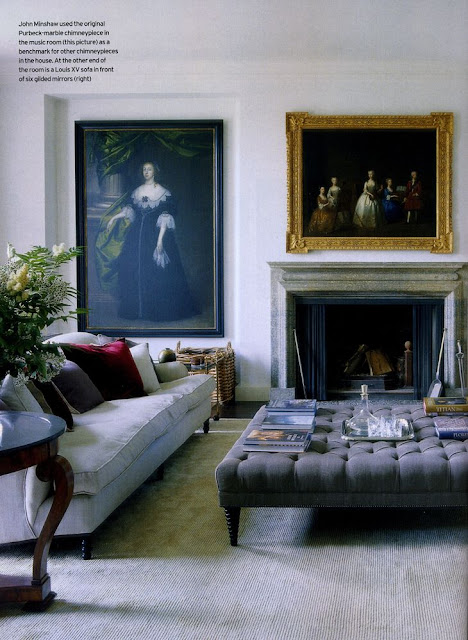 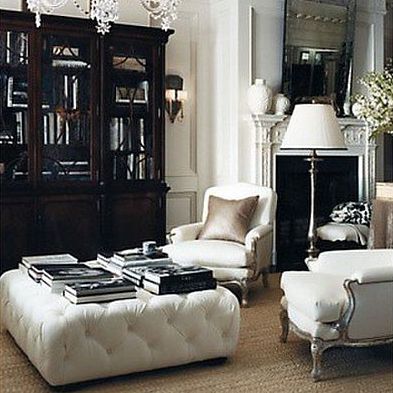 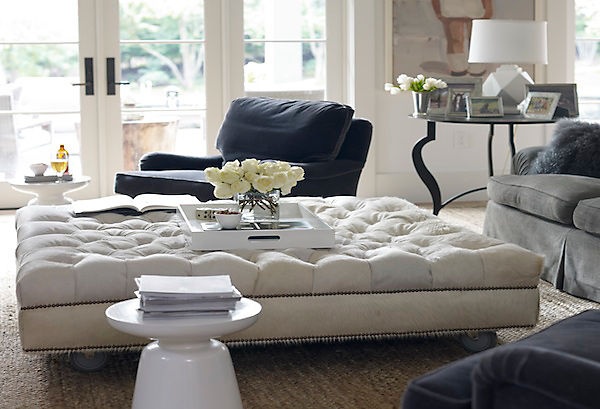 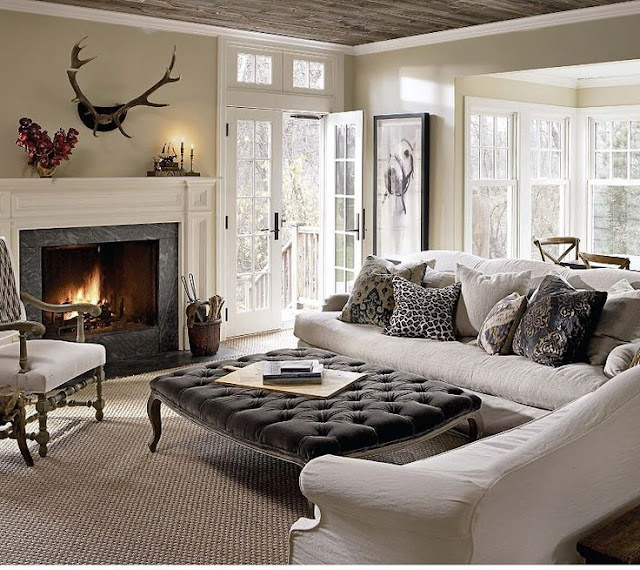 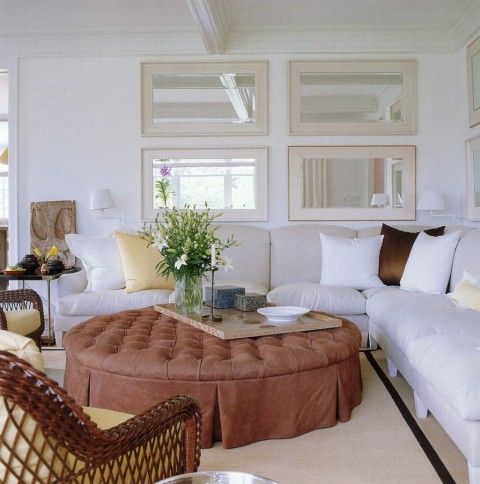 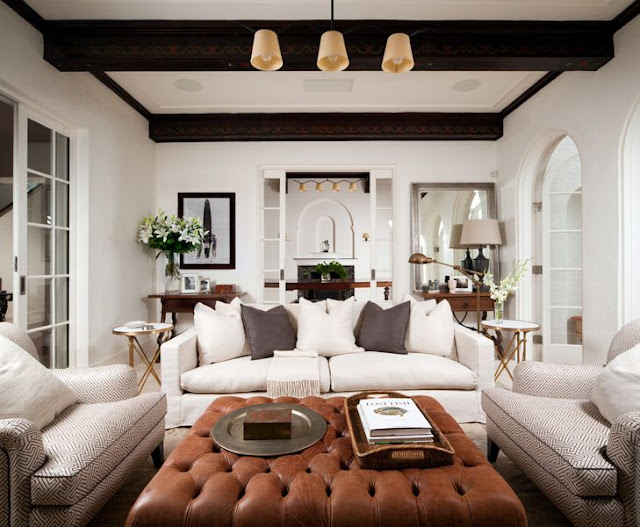 Inspiration photos sourced on Pinterest
Posted by niartist at 9:55 AM