So, if I had to pick a city in the south that I'd move to tomorrow, it'd be Birmingham - hands down. There seems to be no end to the talent that's popping up in Birmingham, and the surrounding community has the money to support these genius decorators, artists, and architects as they go out and lay the foundation for what has become a stunning downtown district.

Nequette Architecture and Design in Birmingham is a respected firm that has recently finished up quite a bold project in the downtown loft district. Louis Nequette, Architect and president of the firm leads an impressive team in all projects, including this recently finished loft and mixed use building project. 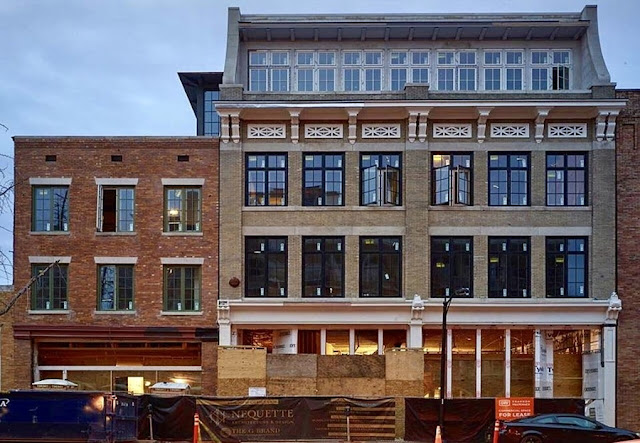 This photo, mid-construction offers a view of the amazing space, including the wall of windows on the newly added fourth floor, where Nequette will move their offices when the building is fully leased. The bank of buildings on Second Avenue North had been home to a furniture warehouse and store for years. In fact, here's what it looked like prior to construction: 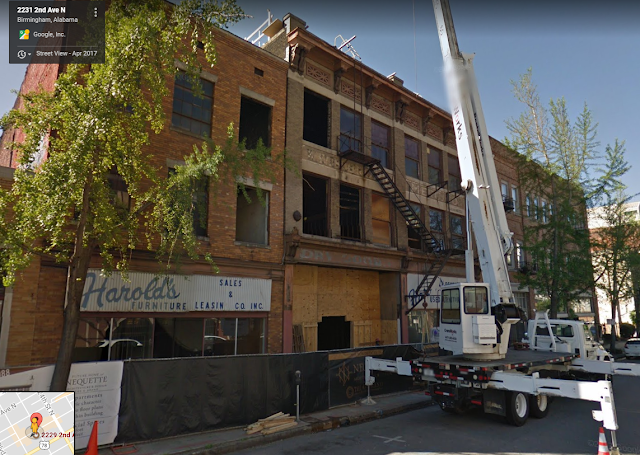 Quite a significant change, don't you think? Style Blueprint did a story on the lofts, showing photos of the interior spaces of some of the loft apartments mid-construction, and recently, Nequette showed a few finished spaces, including a fully decorated model loft, on their instagram. 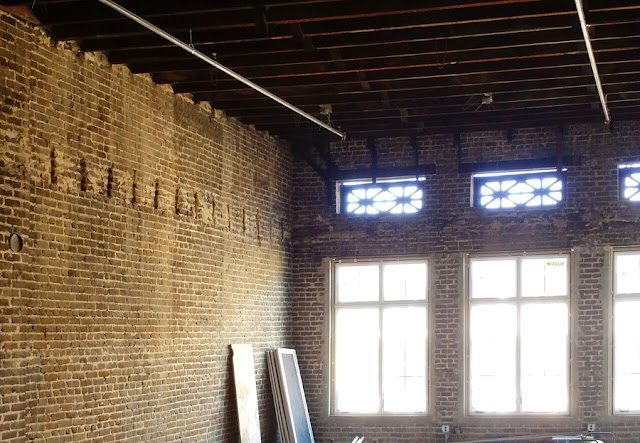 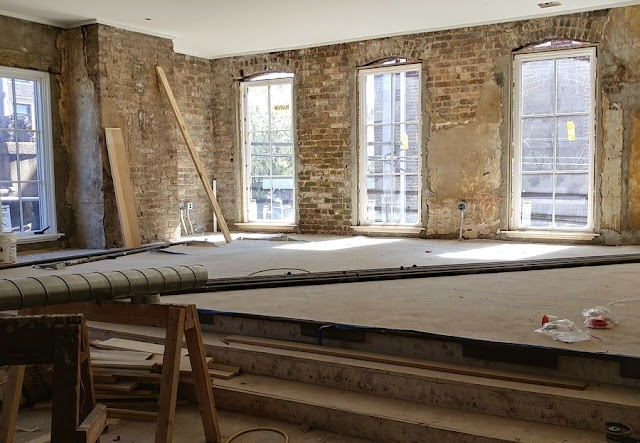 I think that having a building restored like this, by an architecture firm that also deals in high-end interior design always ends up being a more thoughtful project from start to finish. The way that a person will live in the space is considered more than some other projects. Having worked with architects on commercial projects myself, I can't tell you how many times closets are forgotten, or added after the fact, making windows and doors asymmetric and rooms less functional. 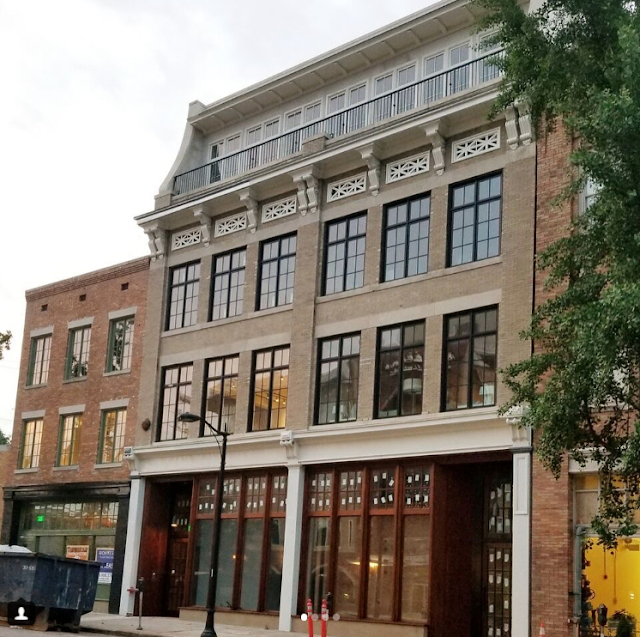 A photo from Nequette's instagram account of the facade. You can see the second floor windows on the right with lamps at the window. This is the model loft. 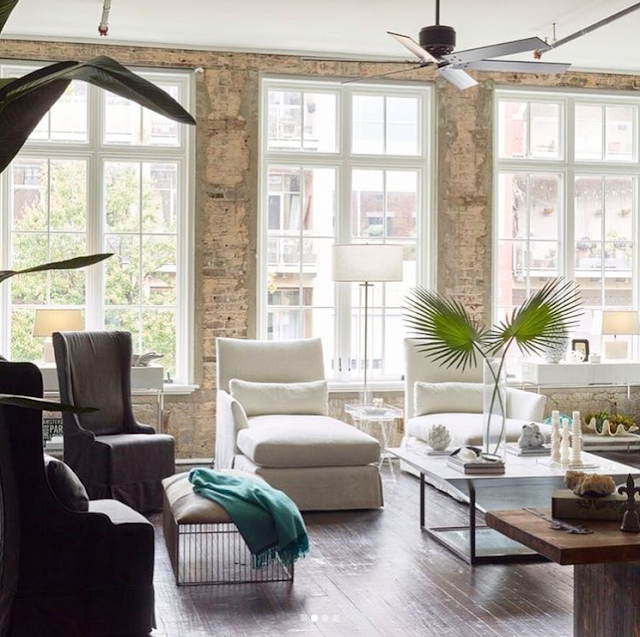 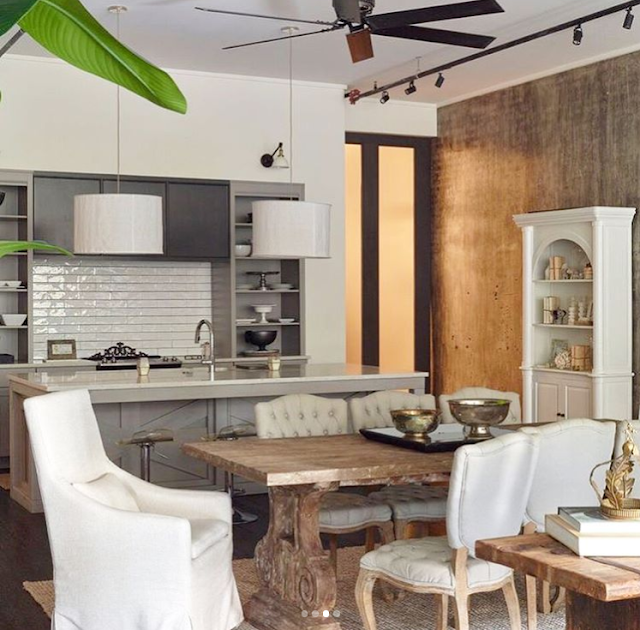 I wish that there were more pictures, but alas, if there are - they're not easy to find. There are 9 apartments in the building, and two stores on the lower level. There's also a beautifully renovated building next door, which includes a storefront - which was recently leased by Birmingham artist and interior designer, William Rankin McLure. 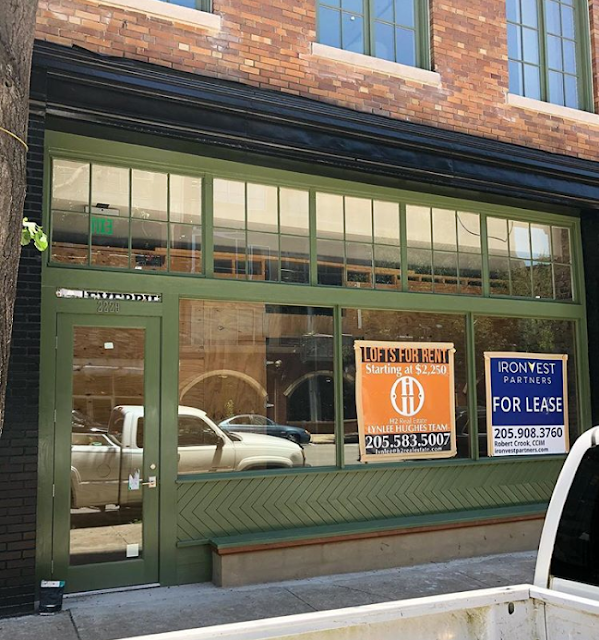 He posted this photo of the front facade of the store space to his instagram yesterday, calling it "the next big step" making life easier for him and his clients. McClure joins many other artists who have public studio space, including artist McKenzie Dove, who was born in Dallas, Texas - but now lives in Birmingham.

I love her simple black and white ink on paper paintings. Many of them are very reasonably priced. 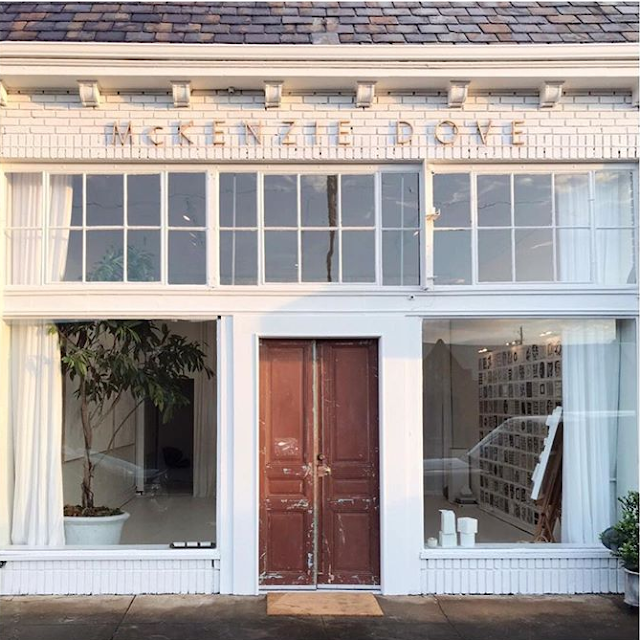 A peek at her studio, from her instagram page. Beautiful, right? And that tree you see in the corner of the inside window - well, that might look a little familiar if you follow William. He and McKenzie are friends, and when William moved from his downtown loft, it seems as though McKenzie ended up with some of the pretties that didn't fit in the new place. 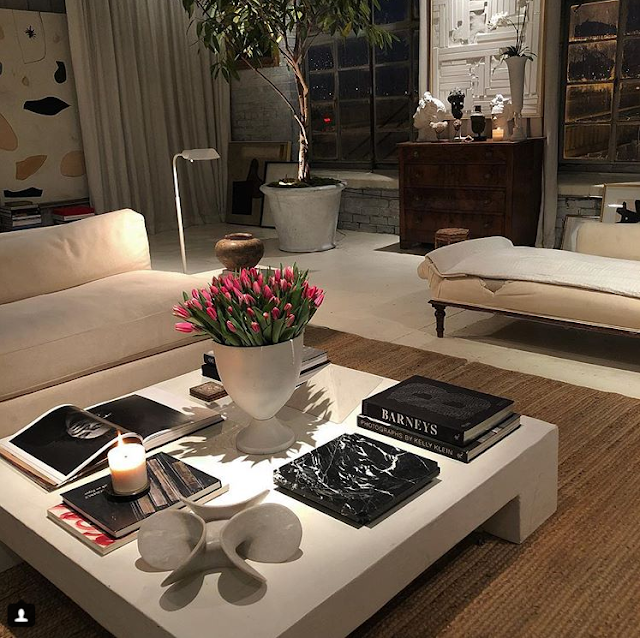 The tree in McLure's loft. I think this loft was probably a favorite among instagrammers and bloggers alike. William did amazing things with this space, and I can't wait to see what he does with his public show room. 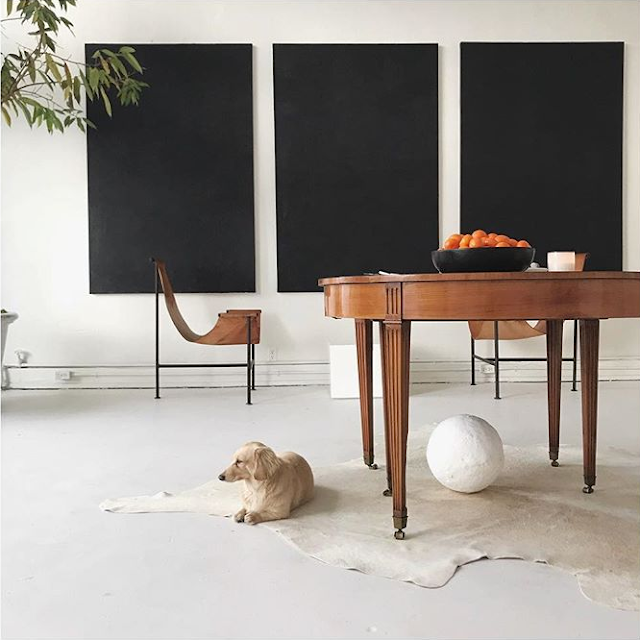 Another view into the McKenzie dove studio, this time inside. Gorgeous, right? So, again - if you're looking to move down south, or at the very least keep your eye on the who's who in design, art, and architecture ... look no further than what's going on in Birmingham, Alabama.
Posted by niartist at 4:48 PM