Daniel Romualdez Before and After

Will, a Harvard graduate, was born in the UK, but had become accustomed to the fast pace business life of Manhattan. Then, Bennett moved to the laid back west coast a few years ago to work in a new real estate investment firm there. Through his old employer, he had worked on a very tony project in Tribeca with Romualdez, and asked if he'd be interested in helping on his own project in LA.

You can read the rest in the AD article here, but I thought today it'd be fun to look at the before and after pictures, something you won't find anywhere else. (Yet.) So without further ado: 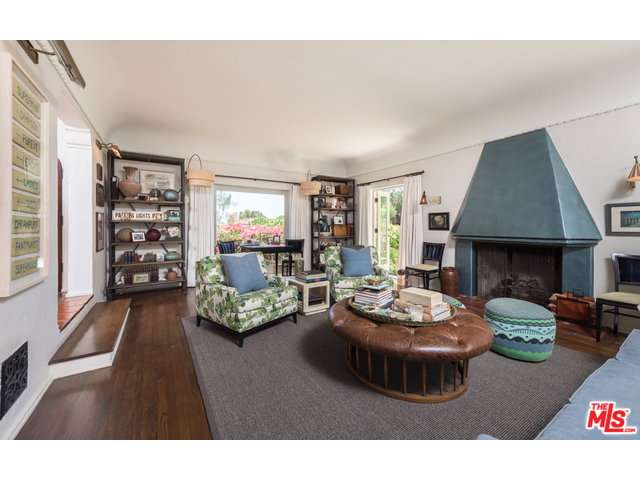 BEFORE, the house is a Spanish colonial, built in the 1920s. The large open entertaining spaces and plaster relief work existed prior to Romualdez. But with a little paint, and some calming neutrals: 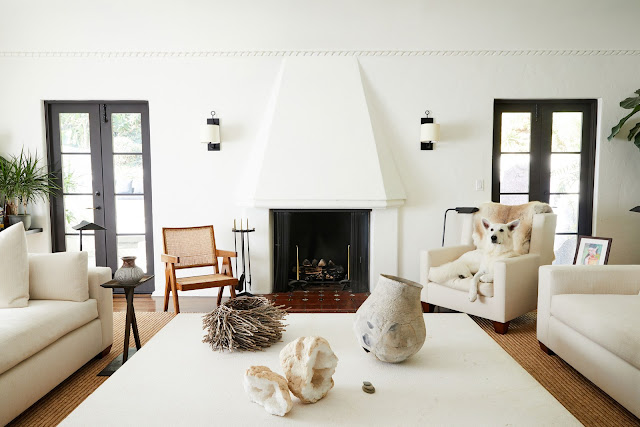 AFTER, the living room sings as a fresh and beautiful modern space fit for a 33-year old executive living a LA lifestyle. 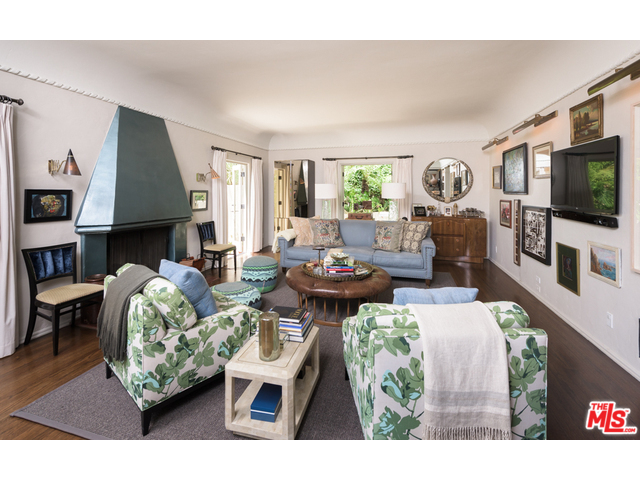 BEFORE, the prior owner had opted to accent the plaster work on the fireplace with a lacquered verdigris paint. 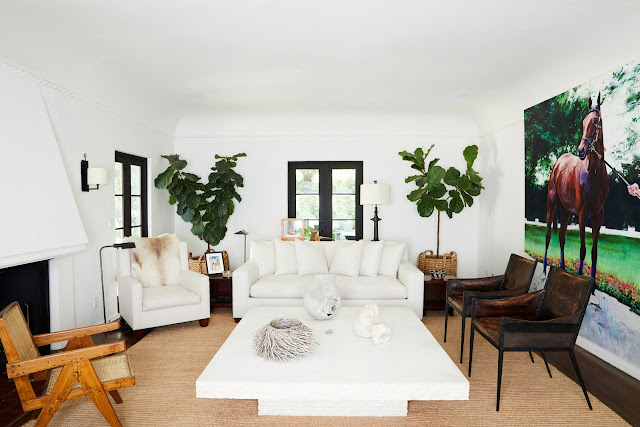 AFTER, all white and bright. Window treatments aren't needed for privacy here, and Romualdez opted not to have them for decor either. Keeping the lines very linear and masculine. Large format art hangs on the wall of this room, and a beautiful raw plaster table anchors the seating area. 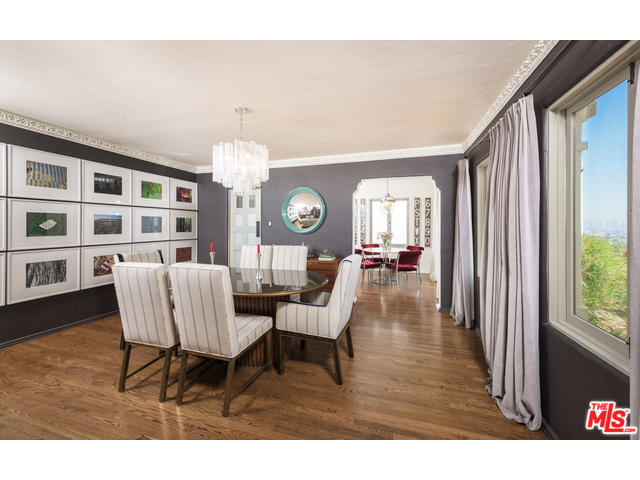 BEFORE, the formal dining room was immediately adjacent to the breakfast room, with a 10-light modern panel door into the kitchen. 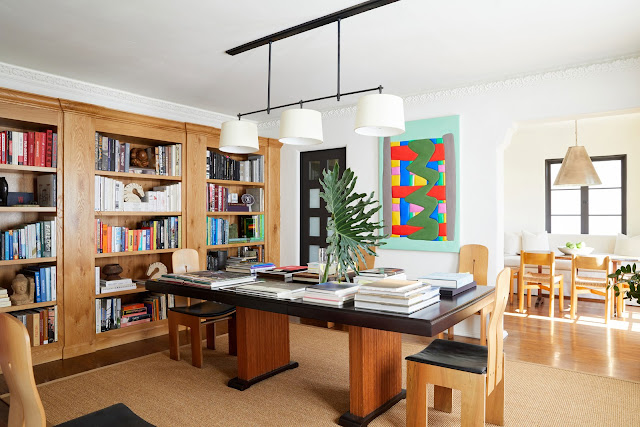 AFTER, the room functions as part office, part library, part formal dining room if needed. The adjacent breakfast room was given more seating with the addition of a wall length banquette. 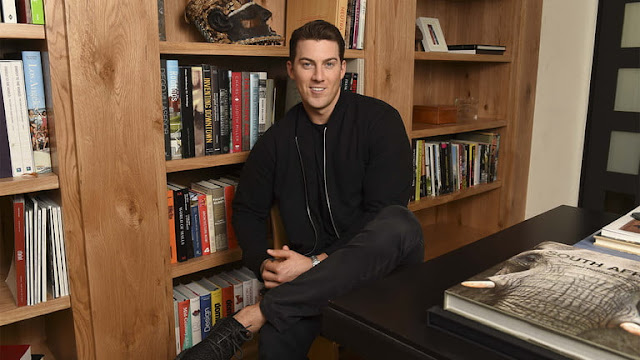 From a piece written by themanual.com, the homeowner, Will Bennett. Bennett bought the house in 2016, and the renovation of this room was complete by the time of the article, just 1-year later. Romualdez, even working on a tight budget, was able to move pretty quickly to get this LA beauty pulled together for him. 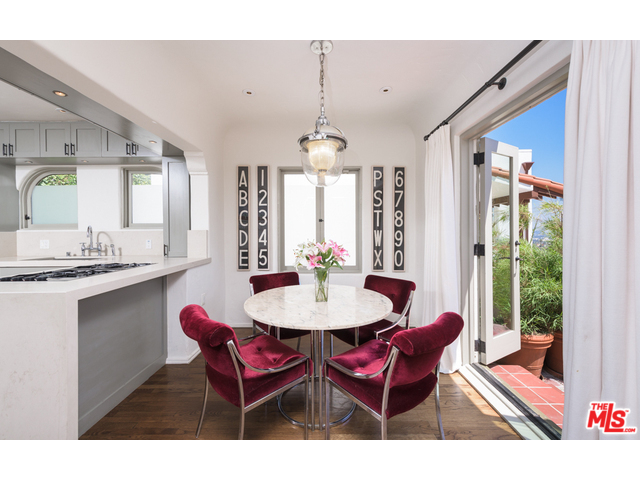 BEFORE, the breakfast nook. Small, with french doors leading to a patio. Here you can look into the kitchen, which I believe wasn't part of the Romualdez renovation. 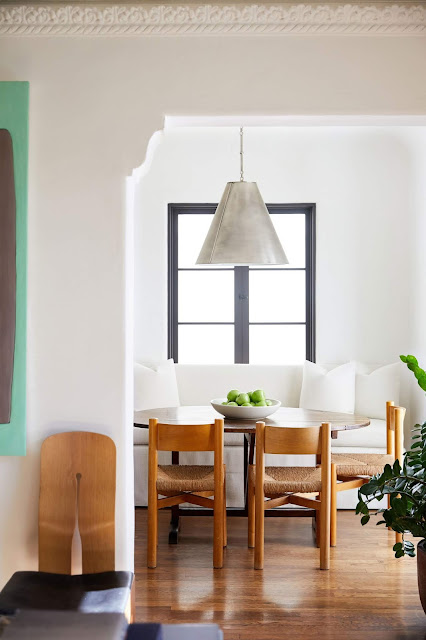 AFTER, clever photography shows only the breakfast room here, which is why I believe the kitchen stayed as is. 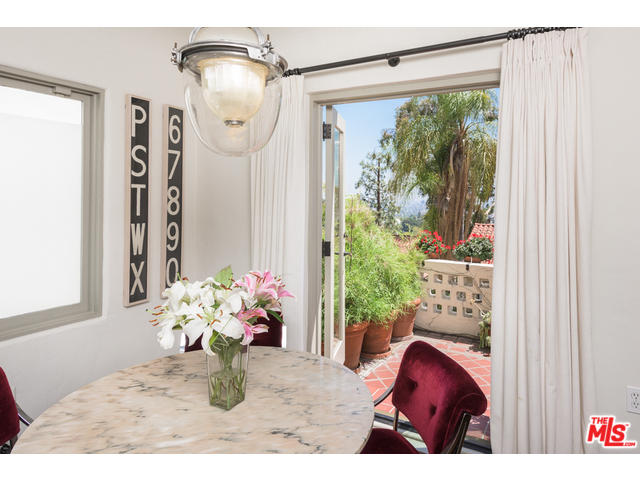 BEFORE, the best photo available looking out to the outside dining space from the breakfast room. 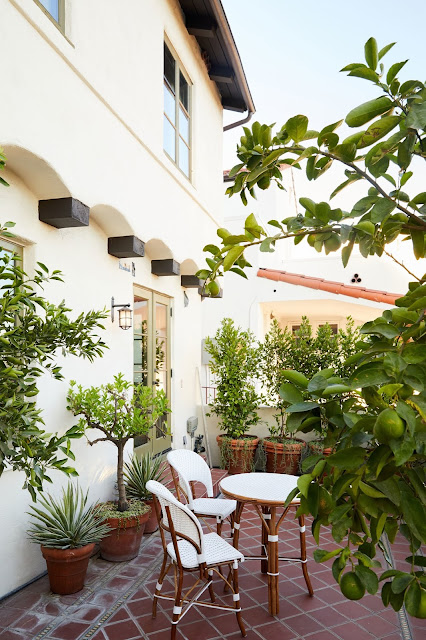 AFTER, a sweet little spot to take your morning coffee. 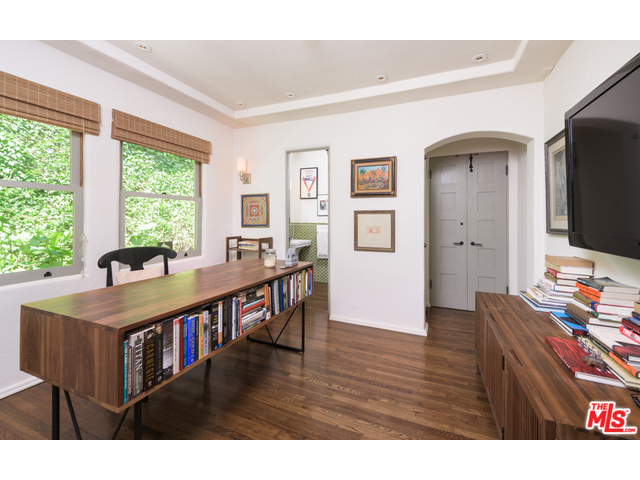 BEFORE, a bedroom used as a home office. 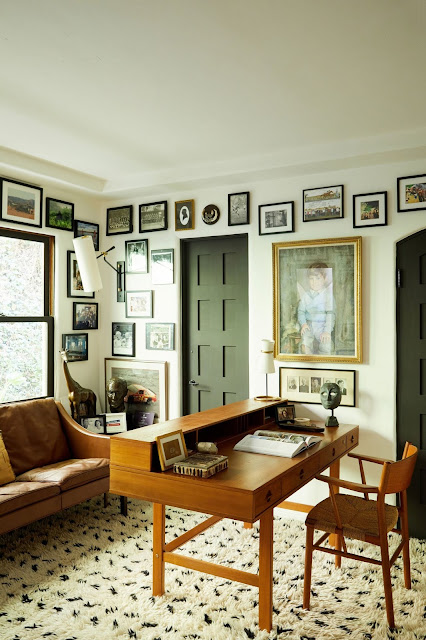 AFTER, also used as a home office for Will. A bit more eclectic and modern, this room is an homage to his youth, filled with family photos and mementos. 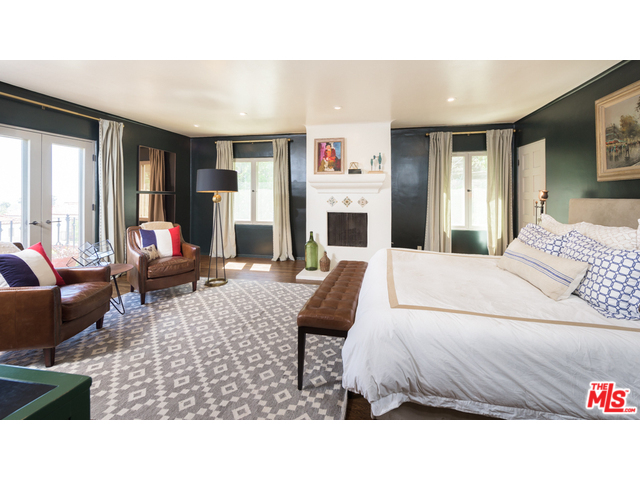 BEFORE, the master bedroom painted a dark charcoal with a sheen. 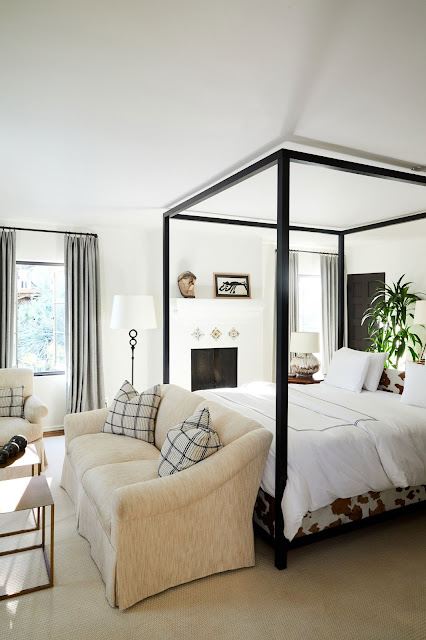 AFTER, Romualdez had everything pianted out in a bright white, making the fireplace less of a beast in the room. A custom designed canopy bed floats in the room now, with a seating area at the foot of the bed, looking out onto another set of french doors that lead to a balcony. 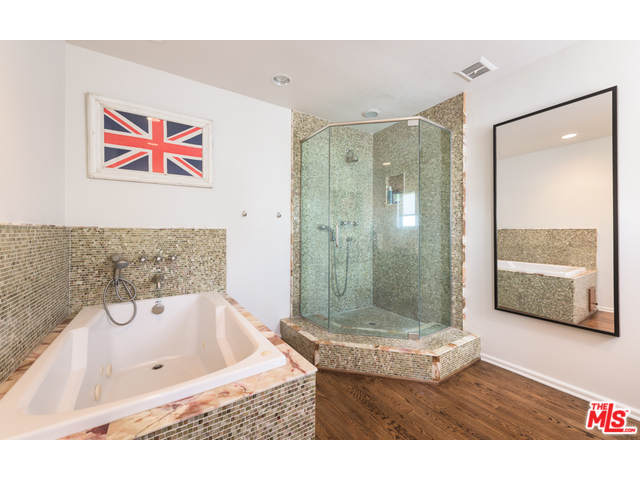 BEFORE, the master bathroom had a large soaking tub and corner shower with sinks at a window immediately across. 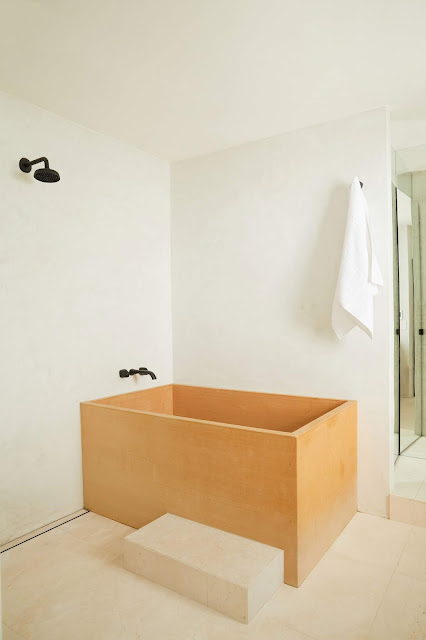 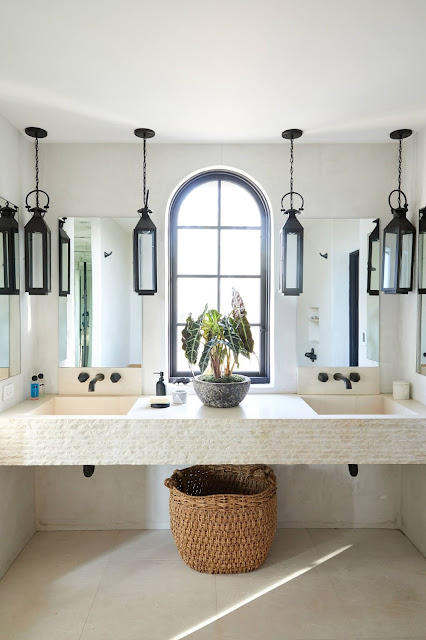 AFTER, fully renovated in limestone with a Japanese soaking tub and steam shower, this space is far more in keeping with the rest of the house. 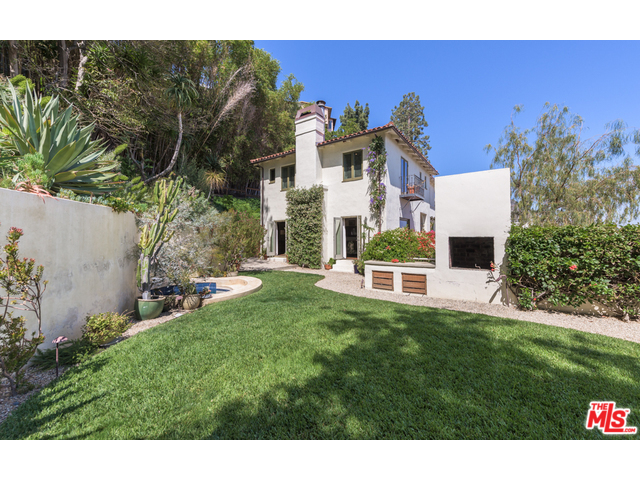 BEFORE, the backyard. Not unlike most homes in the Hollywood Hills, the house has a terraced lawn. Landscape designer, Sarita Jaccard  was hired to make the spaces a bit more functional for the lifestyle of a hip 30-something. 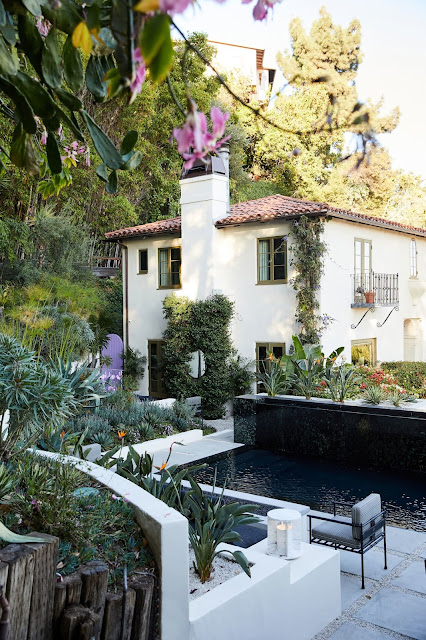 AFTER, a pool with cascading water wall for privacy was added, along with lush gardens and multiple seating areas on all of the different terraces.

Again, you can read the full article from AD here. I'm off to see if I can figure out how to make myself one of those plaster coffee tables!
Posted by niartist at 12:20 PM

Email ThisBlogThis!Share to TwitterShare to FacebookShare to Pinterest
Labels: before and after, Daniel Romualdez